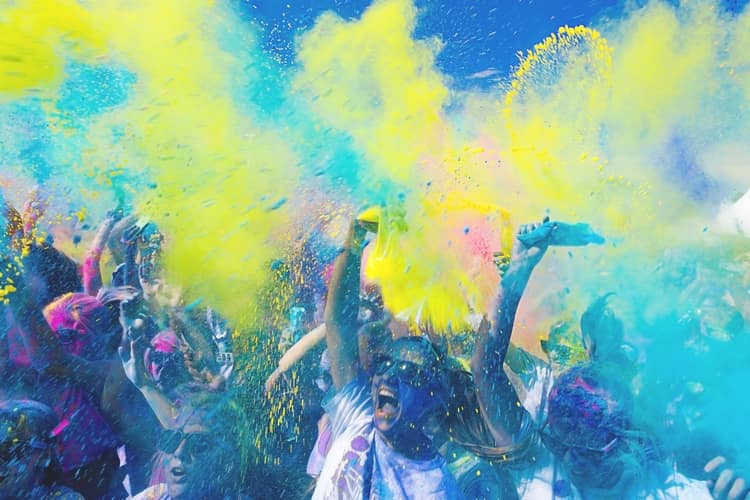 Fortunately, scenes from American Pie: Beta House and other movies don’t have to be just fiction. With good planning, you can organize a party that people will tell their kids about. But how?

How to throw a mind-blowing college party is a science

The one thing that’s not realistic about a college dorm party in the movies is that they happen on a whim. In reality, parties planned just some couple of hours ahead result in either too many people or nobody showing up. We’re not even going to start about food or alcohol shortages, along with damage to the dorm.

Plan everything. The most important college party tip is to drive stress away. When you’re relaxed, you can focus on the ideals and make sure that your dorm party will be just the way you expected it to.

Totake care of everything by yourself is difficult. Not only does organizing a college party take up a lot of time, but you’re bound to forget something. Thus, you need a team of organized people to share the workload.

Be convincing. Paint a picture of a perfect party to them. Highlight all the good things that can happen like them meeting an interesting girl/boy or seeing old friends.

Teaming up is one of the best college party ideas for proper relaxing. If you organize a mind-blowing college party by yourself, you will always have to keep a watchful eye over everyone. With more organizers, you can just say “Dude, can you check if everything is okay in Bill’s bedroom?” and mingle with your guests.

You can never know how much is enough

Write down your budget. Never think about what you need before assessing how much money can you spend. This leads to bad financial decisions that could result in you eating stale bread and jam for the next two weeks.

When you know how much you can spend, then you can make adjustments. If possible, always buy more than you think will be enough.

Who knows, someone can have the munchies and eat all the pizza. That’s why you need “insurance” in case you run out of beer or food. People will think of you as the best party host ever if you offer them some pie at 5am.

Have one or two designated DJs

Letting anyone play the songs they want sound good in theory, but it ends up in disaster. Someone will play a popular rap song, and then a random person will play Madonna 30 seconds into the song.

Songs changing all the time creates chaos, and we don’t mean the good kind of chaos. People won’t be able to relax and have proper fun, which is the whole point of throwing a mind-blowing college party.

The best way to handle the music is to create a playlist beforehand. Don’t have any abrupt genre changes. Always announce what kind of music will be played at the party. Nobody wants to hear Mumford and the Sons when they expect Michael Jackson.

Does your roommate have a good buddy that tends to drink two bottles of vodka and break things? Don’t invite him. People who tend to have a lack of control when they drink or party will ruin the event for everyone else.

Never fall for pleas – it doesn’t matter how good of a buddy he or she is to someone. Remember that different people will mix and that the behavior of one person affects everyone else.

Bartenders can turn a party upside

Even people who don’t drink usually will love to try the cool-looking Monkey Brain or Blue Lagoon. When people drink a bit, this can completely transform the party and give people a reason to gather.

Plus, you can pay the bartender and entice them with the option of getting additional tips.

A TV can be turned on, but only with music

When there is a lot of people that don’t know each other, they will instinctively avoid each other if there isn’t something to bring them together. If there is a Nat Geo documentary on the TV, people can start chatting about the things on the screen.

Having a game room/chill room is a great idea

During the party, it’s guaranteed that people will get tired of all the dancing and constant noise. Don’t let them leave the party! Just direct them to the chill room, where they can listen to some relaxing music, have a drink and lie down in a lazy bag.

If you have a gaming console, people will be able to sit down and have some more fun. Half an hour later, they will be back to refresh the party with their regained energy!

You can never really learn how to throw a party

Mistakes happen, and you shouldn’t worry about them. Remember to have a team of organizers, budget correctly and take care of the music. You can always look up the best college party themes for costume ideas and directions on how to implement a certain theme. Be creative, relax and have fun responsibly.

We use cookies to make sure you have the best experience on our website. You can control what cookies are set on your device in your “cookies settings”. If you continue to use this site, you consent to our use of cookies.
Close